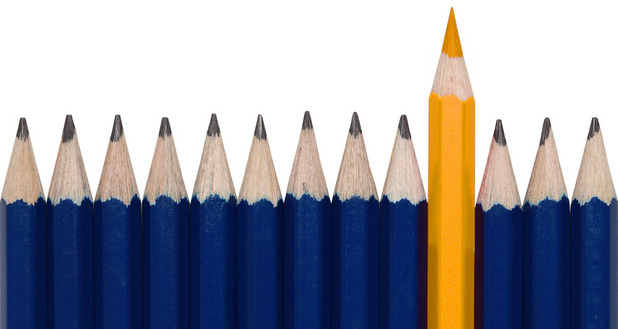 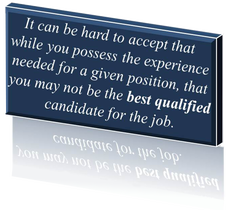 Unfortunately, too many election outcomes result from voters making uninformed choices.  Sometimes, when a voter doesn't know enough about either candidate to choose the most qualified person, the choice is made by a "party line" vote.  Other times, people use gender, ethnicity, or other criteria to cast their vote in one or the other column.  Maybe a candidate has done more advertising or has a fancier logo on their yard signs, but that's hardly a good reason to vote for someone who will represent you in Congress.  If you believe in the old adage that the devil you know is better than the devil you don't know, voting that way will only guarantee you maintain the status quo.  Occupying an elective office is not the same thing as doing the job!

For those of us who are interested in making our country a better place to live, work, vacation and raise a family, it makes good sense to know your candidate.  Dennis Burnham's experience, background and positions are published here with sufficient transparency to help you to arrive at the obvious conclusion:  Elect Dennis Burnham to Congress in 2014.  On this web site, you can discover why Dennis Burnham is running for office, what are his positions on many of the issues that confront America today, and how you can help him become elected to the 114th Congress.  You will also find a Blog and Contact page to enable you to express yourself about our campaign.  On this page, you can learn what makes Dennis Burnham the best qualified candidate who deserves your vote in 2014.  If there's anything else you need to know, please use the Contact page or the form on each of the published Positions articles.

Consensus Builder If you ask Dennis Burnham to identify his single most important qualification for public office, he'll tell you with pride how his supporters include not only Democrats, but reasonable-minded Republicans and Independent voters too.  Dennis is not fond of party labels because they tend to overlook the characteristics and positions that often appeal to people on opposite sides.  We all respect the Constitution and our modern society is constantly giving us new ways to test our beliefs about personal freedom, taxation, education, defense, privacy, the role of government, religion, security and so much more. Voters should resist the temptation to label any candidate "liberal" or "conservative" without knowing what are their actual views about the issues that matter.

In 2014, you have a choice.
Unlike the previous two election cycles, 2014 will be different.  Do you want to endure another two years of the way Congress has been behaving instead of doing its job?  If your answer is "no" then it's time to learn about Dennis Burnham, your next Congressman.  Take nothing for granted! Texas District 24 deserves the best possible representation in Washington and you deserve a better government than you have had in recent years.

A vote for Dennis Burnham is a vote for a mature, professional executive who has a 40-year record of constructive, diligent work to deliver measurable results for companies, organizations and his community. In a leadership capacity, he has demonstrated his ability to foster creativity in pursuit of solutions to problems, achieving important goals without succumbing to distraction or delay.

Dennis Burnham's career experience began in 1970.  While getting his degree in Political Science at Tufts University, he was also a volunteer state leader for the March of Dimes, creating a fund-raising campaign that evolved to become the Walk-a-Thon, a successful program (now 40 years old) in the fight against birth defects.  After college, Dennis joined his family in a startup manufacturing business by developing and launching the first mass-production system in North America for screen printed advertising on writing instruments.  Under his leadership, the company grew and expanded to employ 125 people, most of whom were members of an AFL-CIO labor union that experienced excellent relations with the company because of the climate of mutual respect and fairness created by Burnham. He sold the business in 1989 to begin a consulting career that has been his principal occupation ever since.  Dennis Burnham has been retained for a variety of special assignments by large corporations such as Gillette, 3M and Unilever as well as hundreds of small and medium size businesses from coast to coast.

In addition to his consulting practice, Dennis Burnham has owned his own enterprise, too. Riding the crest of the desktop publishing wave in the late 1990's, he created a unique design firm to service a niche market, establishing a national reputation for technical expertise in the new discipline of digital graphic arts.  The advent of the Internet morphed the company's focus toward the Web, and the implementation of custom database resources that require Dennis's combined skills as a business owner, designer and inventor.  (Ask Dennis about healthcare.gov and you'll get an expert opinion.)  In 2004, he self-published Your Imprint Here, a 256-page graphic arts handbook.
Working with dozens of local and international trade associations Dennis Burnham has been a writer, lecturer, and consultant. Various business and civic task forces and committees have benefited from his participation as a volunteer and leader.  As Chairman of the Board of Adjustment for many years in his home town in New Jersey, he used his gavel to defend the precious environmental resources of the community while respecting the Constitutional rights of property owners.  After moving to Texas in 2005, Dennis served two years as a member of the Dallas City Plan Commission, where he quickly learned his way around the neighborhoods and political landscape of the City of Dallas and contributed to the passage of the Forward Dallas strategic plan.  His lengthy public speaking experience qualifies Dennis Burnham to articulately communicate his message to groups of all sizes; he is not intimidated by the responsibility of a Congressman to address the House of Representatives on behalf of the citizens of Texas District 24 and the nation.

In addition, Dennis's lifetime of business and pleasure travel includes visits to 42 States and many foreign countries throughout Europe, the Middle East, Asia, Africa and Latin America.  These experiences give him an informed perspective about America's position in the world, not only to respect the cultural and political differences that shape our foreign policies but also for the energy, military, cyber and trade strategies our country must fashion to maintain our leadership in the new global economy.
© Copyright 1990-2020   Burnham Business Development, Inc..  All rights reserved