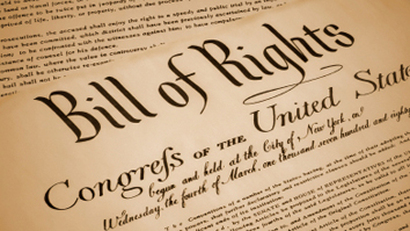 Government has a fundamental responsibility to protect its citizens, not only from foreign invasion and terrorist activity but also from uncontrolled violence that makes innocent people the victims of risks they have no reason to expect.  When mass shootings regularly occur in theaters, schools, churches and other public places, our attention is focused on the horrific events but the number of killings that don't make headlines is an even greater tragedy that can probably be prevented by applying common sense to new legislation aimed at curbing violence.

Something is wrong with a political system that disregards the will of an overwhelming majority of citizens.  Universal background checks will not hinder the legitimate rights of any sportsman, marksman, homeowner or collector.  Better coordination between authorities and mental health professionals will help to prevent some, albeit not all, tragic incidents.  Saving all lives may not be possible, but the perfect should not be the enemy of the good:  we must take prudent steps to insure that ownership rights are accompanied by ownership responsibility.  Even our most conservative legal scholars concede that the Second Amendment of our Constitution does not grant to all people the unlimited right to keep and use all kinds of weapons, many of which seem to me to be beyond the founders' imagination.  In light of recent highly publicized incidents and trials that raise the subject of self-defense it is reasonable to expect that any new legislation aimed at promoting safety will also address the legitimate boundaries for the defensive use of firearms when used to resolve threats and conflicts between individuals.
© Copyright 1990-2020   Burnham Business Development, Inc..  All rights reserved