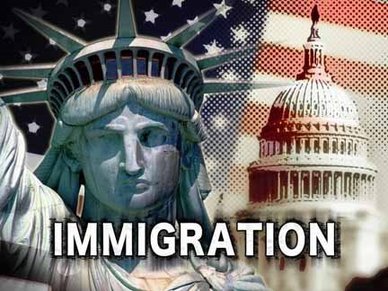 More than most other states, in Texas we live with the consequences of our country's failure to adopt a sensible immigration policy.  Although the border is about 1,960 miles long and approx. 350 million people cross the border legally each year.  Texas still depends on the Federal Government for enforcement.

Even worse, Texas bears a disproportionate share of the costs for health and human services, criminal justice, and education at the primary, secondary and college level.  As a first step, I am in favor of an end to the endless delays and political posturing that postpone any substantial reform because of considerations on the impact of changes on the next election cycle.   Next I support the sensible, earned path to citizenship that is proposed in H.R. 15, a bill co-sponsored by Rep. Joaquin Castro and Rep. Jeff Denham. Mr. Denham is the only Republican in Congress to join 185 Democrats in support of this legislation.

If we hope to maintain our premiere position as a global leader, we cannot afford to turn away the skills and talent that our economy needs to flourish in the 21st century.  With 40% of the illegal population consisting of people whose visas have expired, our priorities need adjustment to allow and encourage talent to remain in the U.S.A.  If a bank can validate identities at every ATM machine, surely we can devise a way to verify the status of any job applicant with accuracy and speed.
© Copyright 1990-2020   Burnham Business Development, Inc..  All rights reserved