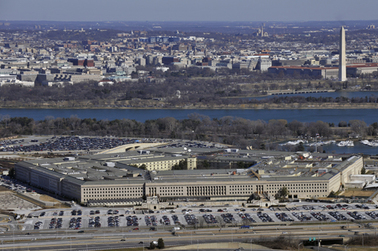 Finding and eliminating the waste in our Defense budget is easier said than done, but there is no doubt that the reduction of waste in our procurement of equipment and weapons can contribute to a balanced budget and a more efficient military.  While America is defended by the world's largest navy and strongest armed forces, it is always appropriate to question whether the preparedness against threats from past decades is still necessary today.

Likewise, we must pay close attention to threats that never before existed, because enemies will always look for new vulnerabilities.  Cyberspace does not respect national boundaries, and is a new frontier that is already being exploited by villains who can attack our economy and lifestyles without setting foot on our shores or firing missiles from far away.  As our military preparedness shifted in the 20th century from horses and bayonets to tanks and satellites, the threats of the 21st century demand a vigilant, expert and comprehensive application of our technological expertise to defend ourselves and neutralize or destroy any cyber-enemies who are not identified by flags and uniforms.
© Copyright 1990-2020   Burnham Business Development, Inc..  All rights reserved