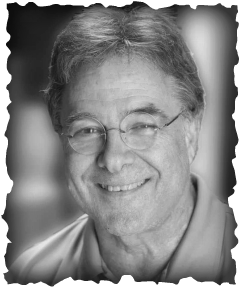 "If people don't want to come out to the ballpark, how are you going to stop them?"

Yogi Berra's wisdom is the best way for me to describe the reason why I decided to withdraw from the 2014 election cycle.  Whent my candidacy for Congress was floated in November, I discovered how insurmountable is the challenge of winning an election to represent District 24 in Congress.

All my adult life, I have been motivated by challenges that are too easily labeled "impossible":  tell me something can't be done, and I'll disprove any conventional wisdom when I know I have the ability, courage and determination to make something happen.  Those who know me well don't need examples.

However, in this case, the Democratic party proved by its absolute silence and disinterest in my district that they were willing once again to forfeit a seat in Congress to the incumbent.  While I had confidence in my ability to deploy a strategy that does not require a non-stop fund-raising effort, I considered as the filing deadline approached that my campaign would require more human and financial resources than I can personally commit.  I am grateful to all those who demonstrated their support by sending contributions; as promised the unspent funds will be returned to each of you.

In 2014, Texas will experience a very visible campaign by several people who aspire to be our Governor.  My withdrawal does not in any way diminish my certainty that the citizens of my state deserve leadership that respects the rights, protects the health and safety, and provides opportunity for everyone, not just those who enjoy good fortune and privilege.  I hope that the voters next November will send to the U.S. Senate a person who will instill pride, not shame, by his or her public remarks and behavior.  In consideration of the national attitude toward the Congress, I confess that I do not believe there are enough people in my district, indeed the nation, to elect a new House of Representatives by actually voting out the members whose records indicate that they have not earned their re-election.

To those men and women who gave me the benefit of their counsel and unfiltered honesty I am especially appreciative. Of course, you know who you are, but it is both noteworthy and comforting that my brief flirt with politics attracted support, financial and otherwise, from people across the entire spectrum of ideas and opinions.

Thank you very much!

Dennis Burnham
December 9, 2013
“Never regret thy fall,
O Icarus of the fearless flight
For the greatest tragedy of them all
Is never to feel the burning light.”
© Copyright 1990-2020   Burnham Business Development, Inc..  All rights reserved